By Karissa in Family + Relationships, Personal Posts, Uncategorized on September 26, 2018January 3, 2019
One comment

I try not to get too political on here, but then I realized that if I have a platform, no matter how small, I should probably use it.

Whether you call it Believe Women, #WhyIDidntReport, The Me Too Movement, or anything else, the discussions we are finally having are built on a foundation of female pain, struggle, and trauma. As a society, we often focus on vital issues that indirectly affect us or those we know, but what makes this conversation so unique and controversial is that it affects many of us directly. In my experience, more women than not have faced some kind of sexual harassment or assault in her life. This revelation came quite shockingly to me very recently.

As I was driving to school a few mornings ago, I was listening a radio segment on sexual harassment and assault on college campuses. The reporter gave a statistic that stated something along the lines of seventy-something percent of female college students report that they have been sexually harassed or assaulted (I’m sorry that I can’t recall the exact number, but that’s beside the point). When I heard that, my initial thought was there’s no way. Some of these women must be lying. There’s no way the number is that low.

Seventy-something percent, and I thought that number was too low. I was certain that some of those women were not willing to say that they had experienced sexual assault or harassment because they were embarrassed to admit it. When I realized what that thought actually revealed about our society, I nearly cried.

My revelation was twofold. First, I realized exactly how often we live with the violation that seems innately attached to our gender. Females of all ages, colors, sizes, and neighborhoods live with sexual harassment on a regular basis. Just the other day I was catcalled walking into a CVS. I said nothing and continued walking, despite the fact that I wanted to turn around and scream at this person. I didn’t. I was afraid of the repercussions, and I was afraid of making a scene.

I also remember when I was catcalled for the first time – I was in the seventh grade and my best friend and I were walking the few blocks from her house to the nearby Burger King the morning after a sleepover. We were wearing tank tops, baggy pajama pants, and sandals when a car drove by us and men started wolf-whistling and making inappropriate comments… to two children. At ten o’clock in the morning. Even writing this now, I feel like I need to defend us – I need to describe what we were wearing, the time, and the fact that we were in a safe neighborhood. I feel like I need to make it clear that we weren’t doing anything wrong, as if, had we been walking at night or more scantily-clad or in a rough neighborhood, the actions of these grown men would have been more excusable or expected. Nothing excuses sexualizing children like that.

Women also live with sexual assault – our polite sidestepping of unwanted advances and touches, the date who felt it was okay to touch us, the partner who didn’t take a “stop” seriously. More often than not, we say nothing after the incident. We complain and rage to our friends, or we keep walking, or we pretend we didn’t hear, or we say “it’s okay” when he apologizes (even though we’re sick inside).

This brings me to my second revelation:

The second thing I realized in my reaction to the radio statistic was that I assumed that some of the women who self-reported lied because they were embarrassed or ashamed. If I say women live with sexual harassment and assault, that means that we too often accept that it as an unfortunate consequence of being female. Too often we blame and question ourselves. What did I do to lead him on? Did I bring this on myself? Why didn’t I try harder to stop him? What will happen to my relationships if I tell? Who do I tell? What will people think of me? We wonder what repercussions and sacrifices might result of our saying something, and usually, our reservations and ultimate decision to stay silent boils down to a few common factors: we feel ashamed and embarrassed. We feel others might blame us or think we are overreacting, or we care too much about the person hurting us for us to hurt them.

This essay is not intended to victimize women or demonize men. It is intended to be part of a larger conversation – a conversation that needs to be had, and which I suspect will uncover a great deal more pain as these uncomfortable and necessary conversations continue. Right now, women in this country are reliving traumas that have been pushed down. Women are realizing that these experiences might be common, but they are by no means normal and society needs to find a way to make these experiences less common. We need to stop excusing the actions of hormonal young men who “don’t know any better” and wondering what she did to “bring this upon herself.” We need to eradicate the phrases “what did she expect” and “boys will be boys” from our society.

A few brave women have stood up and made their names, faces, and stories known. They did that for all of us. They did it in the hopes that justice would be served. So far, their vulnerability and courage has been greeted with vile and slanderous remarks. They have faced death threats and unimaginable backlash for speaking their truths. They have demonstrated exactly why so many women keep quiet. So, given this example of what happens when we speak out, what do we do?

Create a space for women to be able to be heard and to share their stories. Give them a safe arena, which can only be done if our society is willing to listen and believe what women have to say. When someone shares a painful experience, no matter how recent or far removed, listen, and do it without judgement. Believe that it happened.

Does this mean believe women without proof? No. It means believe what a woman says and don’t sweep it under the rug, shrug it away, or gaslight her into thinking it was her fault. It means believing that something happened and following up with the appropriate actions – an unbiased investigation that aims to seek the truth and justice rather than blame the victim and defend the accused.

Make sure you sign up for my occasional newsletters (I'll never spam you!) and follow me on Instagram and TikTok. I can't wait to connect with you!

Things I’m looking forward to this fall 🍁
Two secrets you might now know about me:
Let’s talk confidence and makeup💄
Are you still struggling to figure out hashtags? 🤔
Honestly tearing up at this trend 🥹
September is going to be a full month of goal setting and getting! 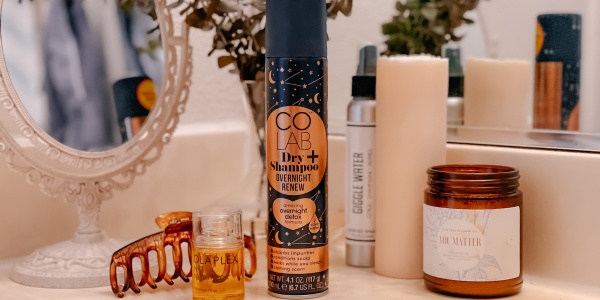 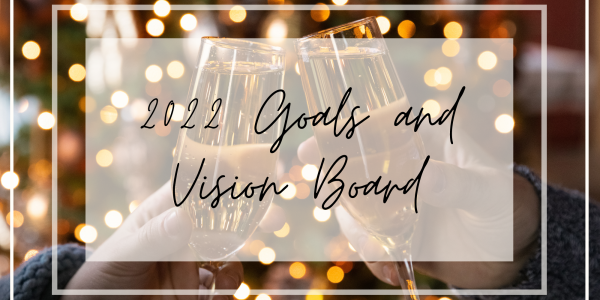 2022 Goals and Vision Board